The Covid-19 pandemic has alerted people to the need to support immune system health. Vaccination has been a key element in providing protection by reducing the severity of the symptoms and minimising the need for hospitalisation in vulnerable individuals. The focus is now on booster injections, following a similar routine for annual vaccination as is deemed necessary for influenza. Time will show whether the immunity provided by the present regime of vaccine doses will give long-term protection. 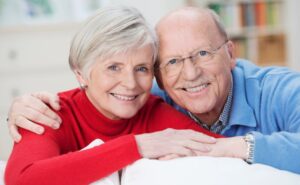 Attention is also moving toward alternative measures we can implement that keep the immune system healthy. As we age, the body’s capacity to ward off viruses and bacteria diminishes, and we can become more liable to suffer their effects. A good diet that provides vitamins, minerals and other supplements is vital to help keep the immune system working satisfactorily.

For many years research on immune function and various immunological approaches for treating many diseases has continued. Covid-19 has provided a focus for the search for new agents and examination of the role of traditional supplements.

For example, a recent item (1) on this subject suggested that among the supplements reported to boost one’s immune system to fight off Covid-19, the best may be:  1. Vitamin D · 2. Zinc · 3. Vitamin C · 4. Elderberry · 5. Medicinal mushrooms. 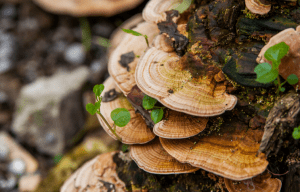 Among the medicinal mushrooms, Turkey Tail (scientific name Trametes versicolor, also known as Coriolus versicolor, and Yun Zhi) has been the subject of a substantial body of research demonstrating its capacity to beneficially boost a number of immune system biomarkers, including gamma-interferon, interleukin-2 and T-cells.

Extracts of Trametes versicolor have been available for years, particularly since its application as an adjuvant called PSK, Polysaccharide-K or Polysaccharide Krestin in cancer therapy in Japan in the 1980s. A chemically equivalent extract is also available in China (produced using a specific multi-step extraction process).

About half the mass of the cell wall at the mycelial stage in the growth cycle of Trametes versicolor consists of β-D-glucans. Consequentially, the most productive yield of these non-cellulosic compounds is obtained by harvesting and hot water extraction at this stage, rather than later when the fruiting bodies have developed.  Also important is that there is more control over the purity of the extract when the cells are grown in a suspended liquid culture medium. Fruiting bodies of mushrooms are grown on a solid supporting substrate that introduces other potentially contaminating components. Mushrooms harvested in the wild are likely inconsistent in their content; they may be contaminated with heavy metals and are considered unsuitable for modern pharmaceutical use.

β-Glucans are not synthesised by humans, so these compounds are recognised by our immune systems as non-self molecules, inducing both innate and adaptive immune responses. The mechanism of action appears to depend on their capability to bind to cell receptors, probably through the protein component of the structure. This event then leads to the activation of multiple signal pathways, which in turn promote immune responses in the affected cells. (2)

β-glucans have been tested as adjuvant therapy in clinical trials, mainly in the Far East, using extracts from mushrooms, yeast or other sources which contain β-glucan as a key component with a positive effect on patient survival and quality of life. The mechanism of action is suggested to be through its stimulation of the immune system. (3)

A pilot study in India has reported that intake of two strains of ß-glucans derived from the Aeurobasidium pullans fungus can lower cytokine storm and coagulopathy biomarkers in COVID-19 patients. These are markers associated with development of the more severe symptoms of COVID-19. (4)

A Role for PSK?

This positive result, albeit preliminary, should stimulate research examining the activity of other ß-Glucan containing natural extracts in the treatment of not only the COVID-19 virus, but also other viral infections. Given the large body of research supporting the role of PSK in supporting immune function biomarkers, plus the fact that PSK has a high content of ß-Glucan (approx.. 70%) strongly suggest that it would have a role in protection against such viral infections. There is a substantial body of anecdotal evidence to support such a proposition. (5)

Indeed, a year-long clinical study has been announced to test this hypothesis by Dr Gordon Saxe at the University of California, as follows: